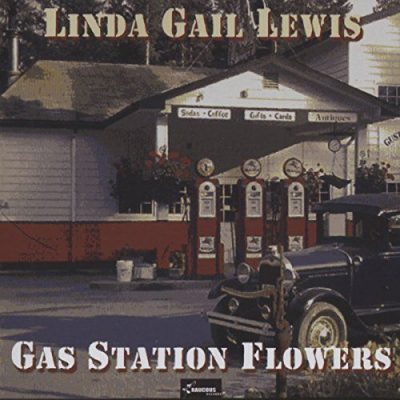 Linda Gail Lewis was rocked in her cradle by the boogie piano of her older brother Jerry Lee.
She did her first recording session at Sun Records, Memphis in March 1963 when she was 15, and started to tour on stage with Jerry Lee the following year.
Linda continued to tour and records, one and off, with Jerry Lee though to 1987.
In 1990 she decided to launch her own independent career with a solo album called International Affair and her own shows.
Since then she has never stopped recording and touring – mostly in Europe.
Over the last 20 years her piano and singing skill have matured like a good wine, and this album is the epitome.
Linda Gail Lewis’ Gas Station Flowers album is inspired and dedicated to her brother, the one and only Jerry Lee Lewis.
It is a smart mix of Rock ‘n’ Roll, Rockabilly, Blues, Country and Gospel – all played in the unmistakable « Lewis Way ».